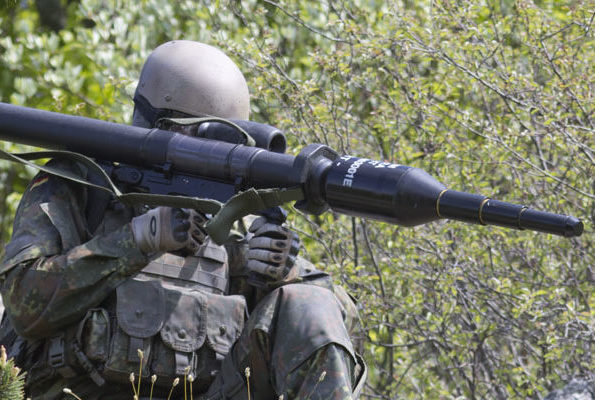 Dynamit Nobel Defence has recently received an order from the German Federal Office of Bundeswehr Equipment, Information Technology and In-Service Support (BAAINBw) for the production and delivery of 3.500 Panzerfaust 3-IT DM72A1.

DND is very honored to have received this order. We are pleased that the German Armed Forces continue to rely on the combat proven Panzerfaust 3 as part of their individual-soldier anti-tank defence concept. We are happy to support the Bundeswehr in maintaining and enhancing its operational readiness, which is so vital, especially in these times.

The iconic Panzerfaust 3 is a shoulder-launched, low-recoil anti-tank and multi-purpose weapon with maximum penetrating power against heavy battle tanks and infantry fighting vehicles. It is also suitable for engaging lightly armored targets and fortified positions. On the market for more than 30 years, it has undergone continuous development over time. The latest version, the Panzerfaust 3-IT (Improved Tandem), features a tandem warhead that is particularly suitable for engaging combat vehicles protected with reactive protection. 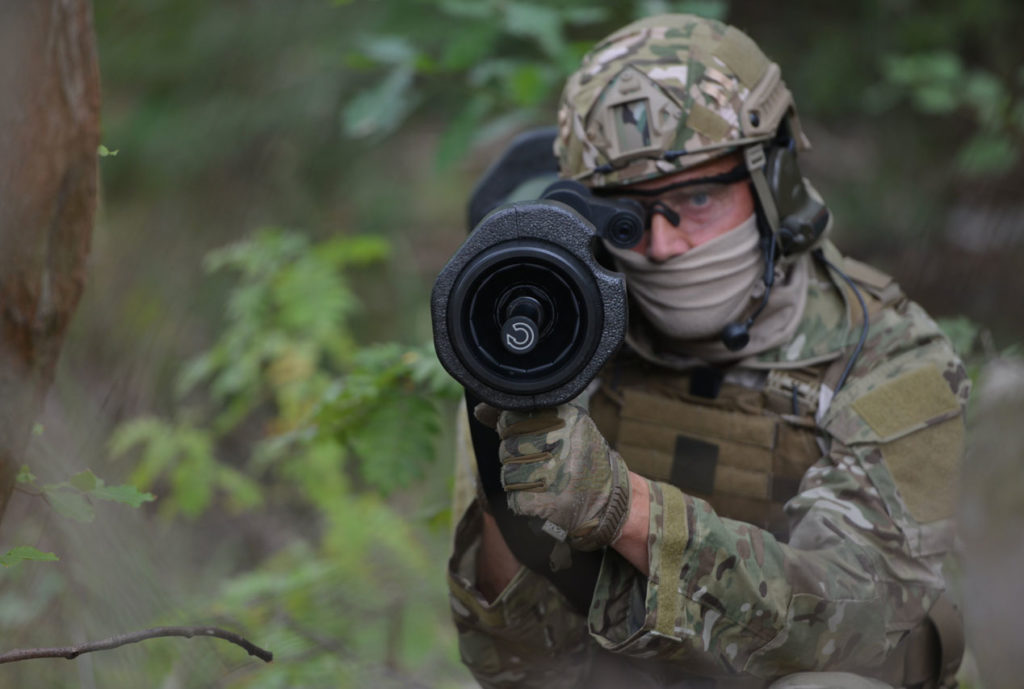 DND received an order for several delivery batches of RGW90 HEAT/HESH shortly before the turn of the year.
The contract, worth approximately EURO 19 million, also includes training ammunition for RGW90 subcaliber trainer systems. The order was placed as a call-off of a recent NATO procurement authorities framework contract between DND and NATO Support and Procurement Agency (NSPA), and is intended to meet upcoming requirements of the Belgian Armed Forces on shoulder-launched multipurpose munitions.

Dynamit Nobel Defence is honored to have received this order, and proud to remain a partner of the Belgian Armed Forces in the field of shoulder-fired munitions. The ordered RGW90 HEAT/HESH systems as well as the quantities of training ammunition for sub-caliber systems will contribute to keeping the infantry operational capability of our customer high for many years to come. The procurement route taken via NSPA is of course also open to other allied armed forces, which would thus like to exploit synergy effects of this form of procurement cooperation.

RGW90 HEAT/HESH is our anti-tank and multi-purpose version of the well-known and successful RGW90 series. With high penetration performance against armored vehicles as well as multi-purpose capability against structural and unarmored targets, it is a true „multitool“ in shoulder-launched armament, and is used by numerous European as well as international armed forces. 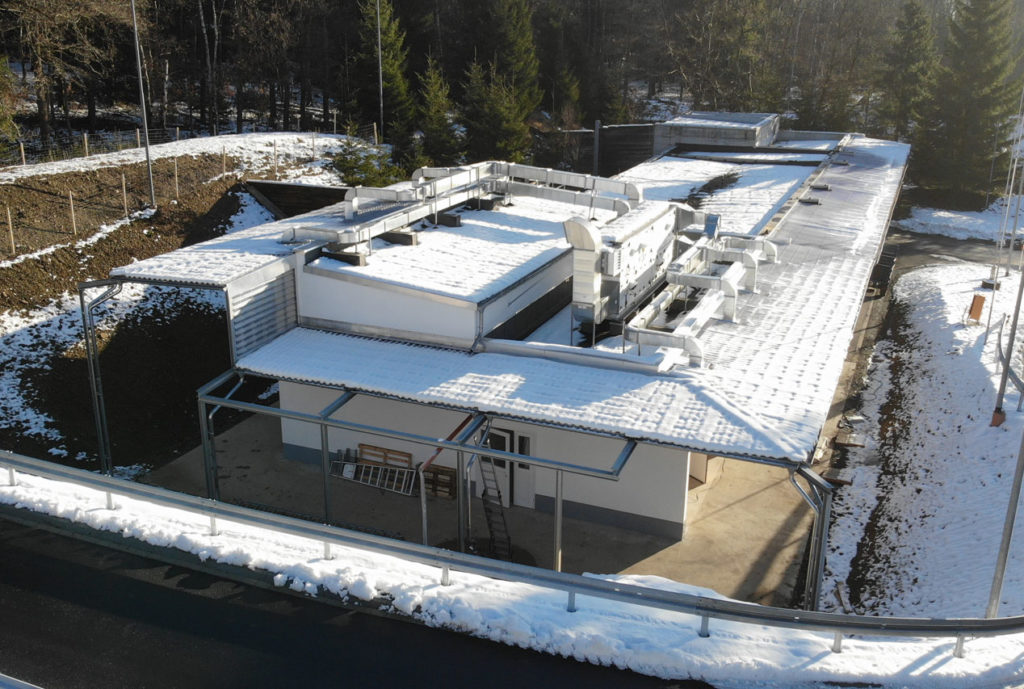 After almost two years of construction, our new „Casting Center“ was completed at the turn of the year. It comprises buildings and facilities for casting, mixing, tempering and drying explosives and blasting agents for our shoulder-fired weapon systems. The initial plans for this infrastructure measure were drawn up back in 2014/2015. After a complex concept and detailing phase as well as extensive official approval procedures, the groundbreaking ceremony was held in March 2020. Now that the contractor services have been completed, fine-tuning work on the heating, water, ventilation and communications supply of the new complex will take place in the coming months. From July 2022, it will be fully operational and become part of the production lines of our system families.

We are thus significantly expanding our capacities and competencies in the area of warhead production for both our existing RGW series products and those still under development. A substantial order backlog and good economic prospects have made this project possible. At the same time, DND is committing to the future of our Burbach site with this ambitious infrastructure project with an investment volume of approximately three million Euros.

Learn more about our RGW series by clicking on the link! 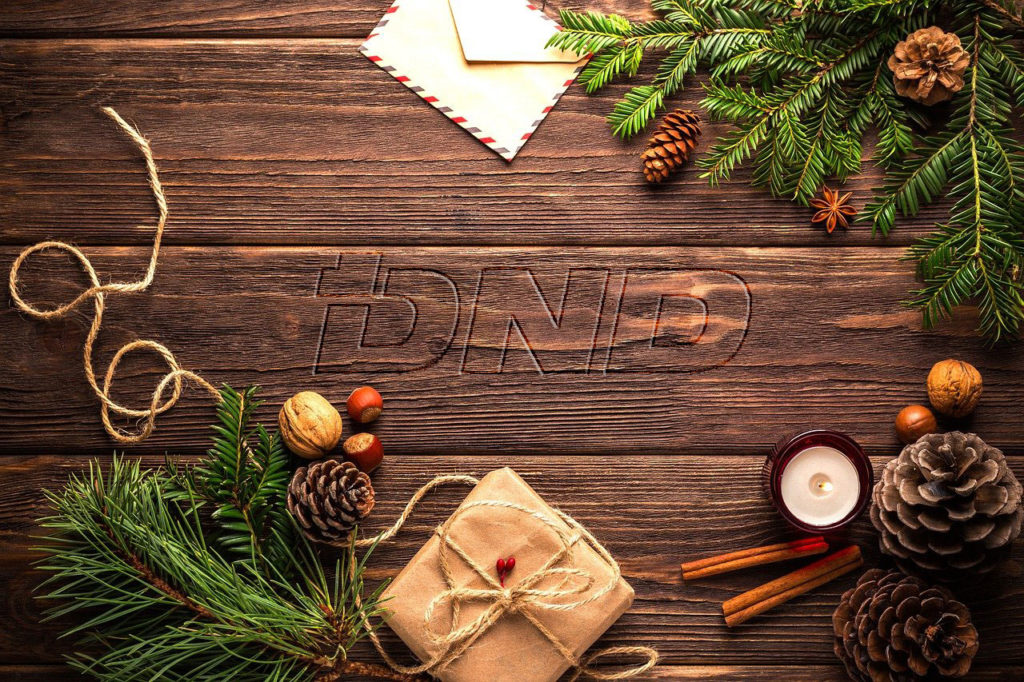 Dynamit Nobel Defence GmbH looks back on an eventful year 2021, which, in addition to the all-dominating pandemic situation, also brought with it many social, economic and security policy topics. The deployments of our Bundeswehr this year, including the evacuation operations in Afghanistan, have once again made it clear to all of us that our ­– as well as allied – armed forces depend on the best possible and most reliable equipment in order to fulfill their mission. We remain dedicated to this goal. We are pleased that we are still in a stable economic position and can even show our employees the growth prospects of our company. In the coming year, Dynamit Nobel Defence will continue to invest in Burbach as well as in other locations. The DND family thanks you for the trust you have placed in us, and wishes our German and allied security forces, as well as our customers and business partners, a merry Christmas season and a healthy start to 2022.

Exhibition season is back! 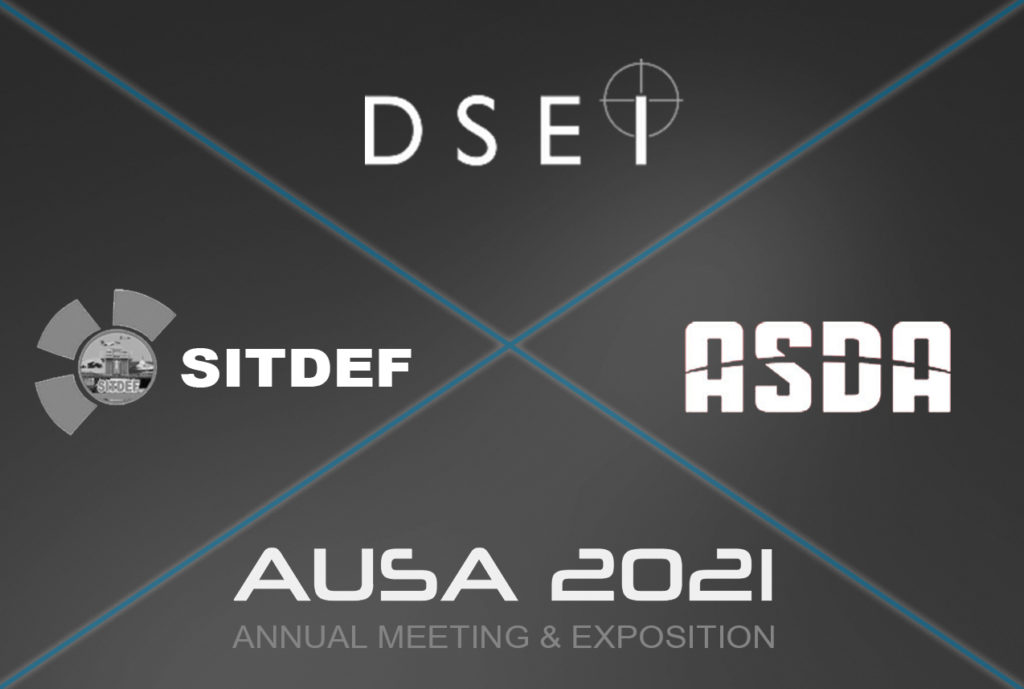 The long draught finally seems to be over, and we are pleased that things are finally starting up again with large, on-site defense technology trade shows. After almost two years of all the high profile events either being cancelled or moved to virtual space, our marketing team’s calendar is now full for the rest of 2021. Dynamit Nobel Defence will be present at all relevant events, albeit partly with reduced booth space and/or staffing levels. We hope to see you there, as we are looking forward to the long awaited reunion with our friends and partners! 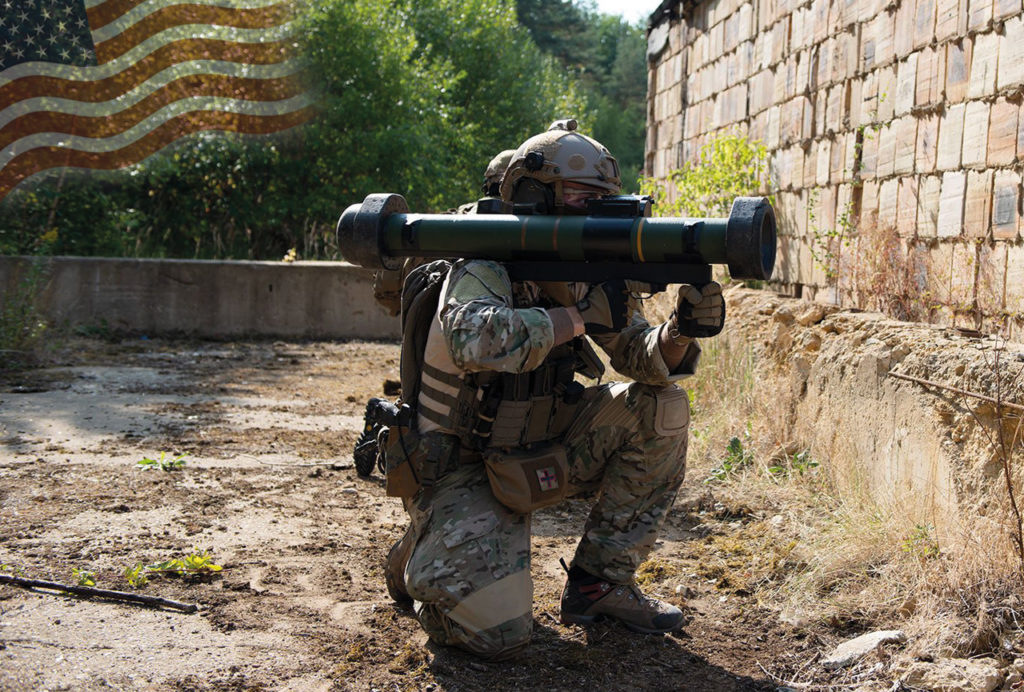 Dynamit Nobel Defence and General Dynamics Ordnance and Tactical Systems (OTS) announced this week a teaming agreement in which both companies will collaborate to present the Recoilless Grenade Weapon (RGW) series to the U.S. DoD market. We are centering our partnership around the 60mm (RGW60) and the 90mm (RGW90) variants. This new teaming will make General Dynamics-OTS our premier partner when it comes to potentially establishing a U.S. supply chain of DND’s shoulder-launched weapons portfolio.

“Fostering strategic relationships is key to delivering the best combat capability to the warfighter, we look forward to building on this commitment with our colleagues at DND. We will leverage our tactical air munitions expertise with DND’s 60 years of experience in the development and production of shoulder-launched weapons for anti-armor and multipurpose missions,” said Eric Ellis, Vice President and General Manager of Precision Systems at General Dynamics-OTS.

“We at Dynamit Nobel Defence couldn’t be more excited about this opportunity to partner with General Dynamics-OTS in the field of cutting-edge shoulder-launched munitions. By combining both companies’ collective expertise and by working together as a team, we will make sure that the proven RGW series can be brought to the warfighter by a strong and reliable U.S. supply chain,” said Michael Humbek, CEO of DND. 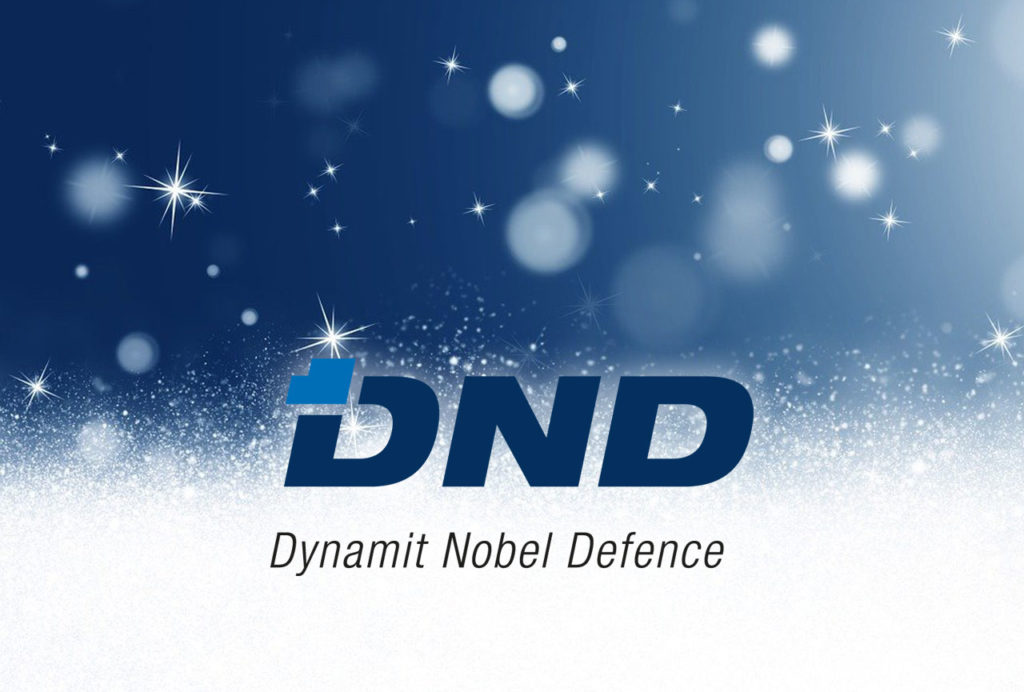 After what has been a special 2020, the holiday season is upon us, and for all parts of society a lot of question marks arise when it comes to assessing the upcoming year. We as Dynamit Nobel Defence are thankful that our company still is in an economically stable position, our staff members and their families are healthy, and our focus can remain on growth in the future.

We are therefore trying to give something back as best as possible and, as we did last year, are foregoing greeting cards and presents for our customers and partners at Christmas time in favor of a donation to the „Netzwerkjugend“ social welfare project in our neighbor community Eschenburg. This project is highly committed to helping young adults get back on their feet who are unable to cope with everyday life on their own due to difficult circumstances. We wish the project and its people as well as all our partners and friends a merry Christmas and above all good health over the holidays and in the future!

The time is NOW: DND exhibiting at AUSA NOW 2020 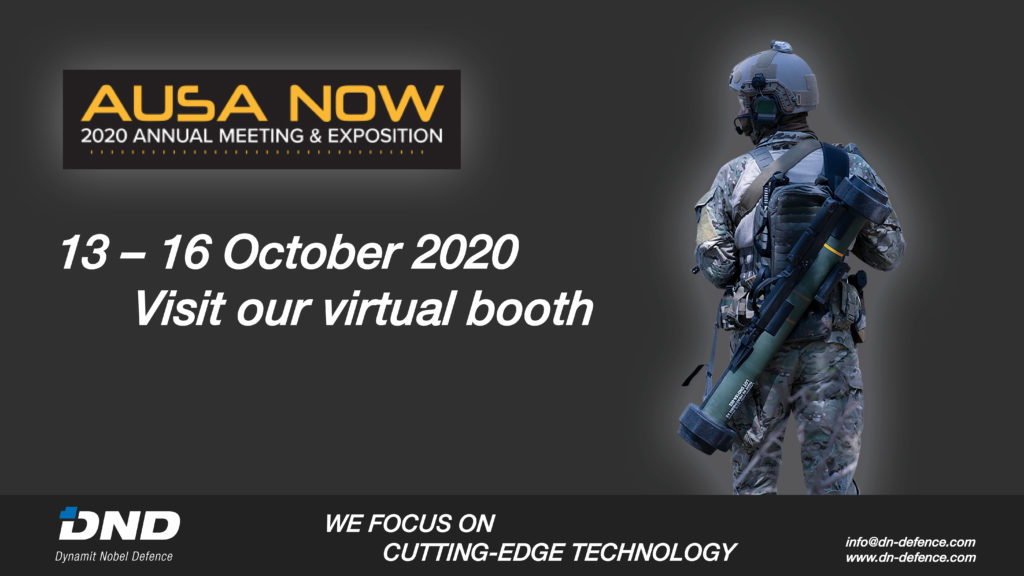 A year 2020 without the AUSA Annual Meeting wouldn’t feel quite complete to us. Dynamit Nobel Defence has not only become a regular exhibitor at the largest annual land power exposition in North America, we have over the years also established ourselves as the host of the German National Pavilion. Thankfully, the Association of the United States Army has found a great way of keeping the event alive, with shifting it into the digital world! AUSA NOW will be held 13 – 16 October within an interactive 3D environment that provides virtual exhibitor’s booths, engaging webinars and speeches, as well as plenty of networking opportunities. DND is a Gold Sponsor of this show and we’ll be featuring our products and technologies on our virtual booth. Registration for AUSA NOW is free for professional attendees. Our team is looking forward to e-meet you next week!

Back to normal? Not quite yet! 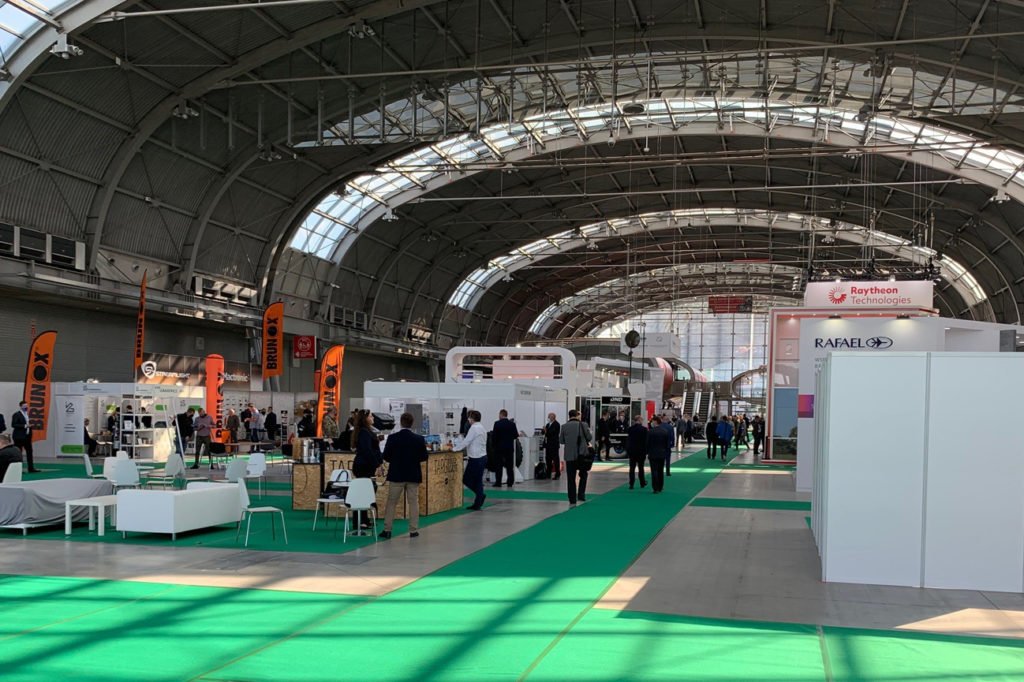 Last week marked the return of “live and physical” defence exhibitions with MSPO 2020 being held at Kielce, Poland. Dynamit Nobel Defence was part of the event with a small-scale booth presence showcasing our range of shoulder-fired munitions. It has been a pleasure for our exhibition team to engage with customers, users, partners and friends again – outside of phone calls and video conferences. However, exhibit hall traffic and visitor attendance were still a lot less vibrant as it used to be before COVID-19. This is a reminder for us that the pandemic is far from over, but thanks to the event organizer and the MSPO & Logistics Team, the expo was conducted in a safe and very professional atmosphere. We hope to see you all very soon again! 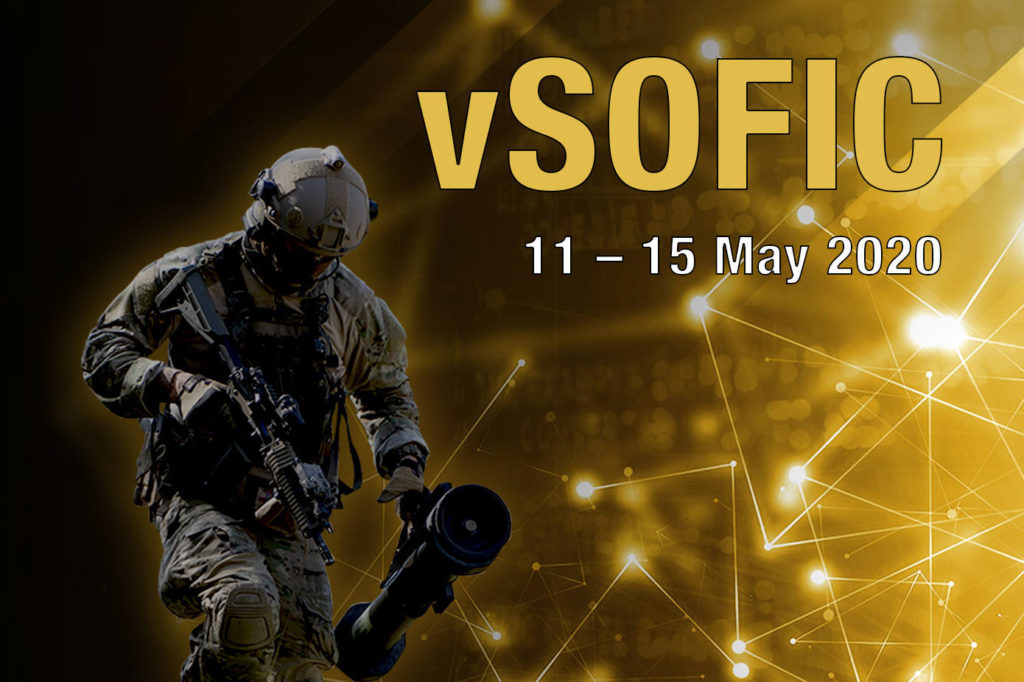 In the lights of the ongoing COVID-19 epidemic and almost all of the go-to defence exhibitions being cancelled, we welcome every opportunity to engage with our friends, partners and customers worldwide. We are happy to announce our attendance at the first-ever vSOFIC, the Virtual Special Forces Industry Conference that will be held 11 – 15 May 2020 as a replacement of the cancelled “normal” SOFIC 2020. Just as the physical edition, this event shall be the premier conference for the international SOF community and a forum for interaction between industry and SOF operators, decision makers and experts. We at Dynamit Nobel Defence are excited to be exhibiting and showcasing our products in the virtual space and are looking forward to meeting the SOF community in this all-new digital format! Visit us at vSOFIC! 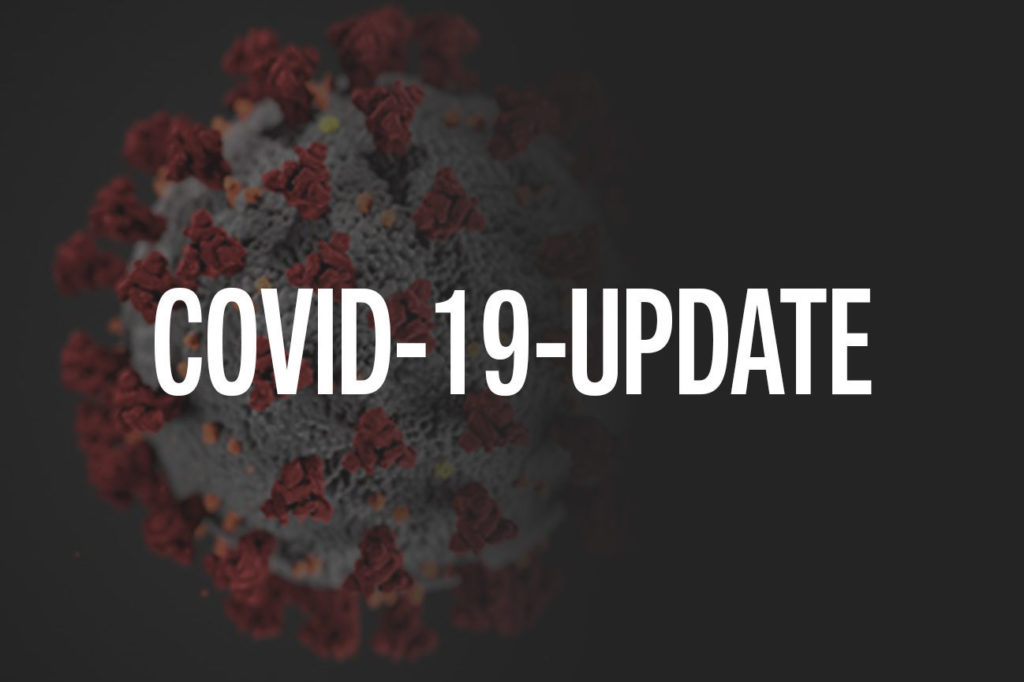 The whole world is currently battling the spreading epidemic, and sadly, the fight is far from over. Society and economy will take time until life will be back to normal. We at Dynamit Nobel Defence are doing our small part: We are taking all possible measures to ensure health and safety of our employees, which is of utmost importance to us. Under these preconditions, we are remaining operational as a company across all departments and functions, including our ongoing production. Economic stability and job security for the DND family are our driving motivations. We also won’t forget our responsibility as a defence company to contribute to the national and international security landscape.

We are growing: Infrastructure project launched 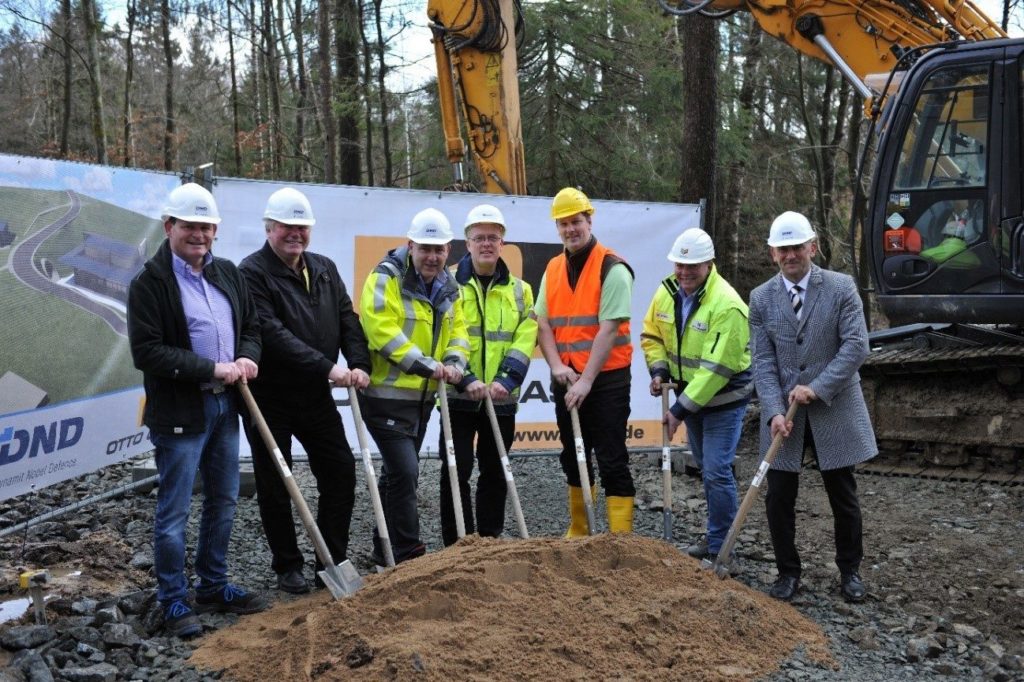 DND’s production is running at full capacity due to a solid order backlog and a steady and healthy company growth. This March, we celebrated the groundbreaking ceremony for a new production complex within our premises at Würgendorf factory. Within the next two years, we will be constructing several buildings and facilities for explosives casting, mixing, tempering and drying. State-of-the-art manufacturing processes for our warhead production will be implemented in this all new facility.
This capability and capacity expansion are especially vital for the product line of RGW90 LRMP, the flagship line of the RGW90 series. The German Bundeswehr’s so-called “Effector 90mm” program will be in full effect in the upcoming years and will see to it that all infantry forces across all services will be equipped with this game changing asset. DND is laying the groundwork for this program right now!