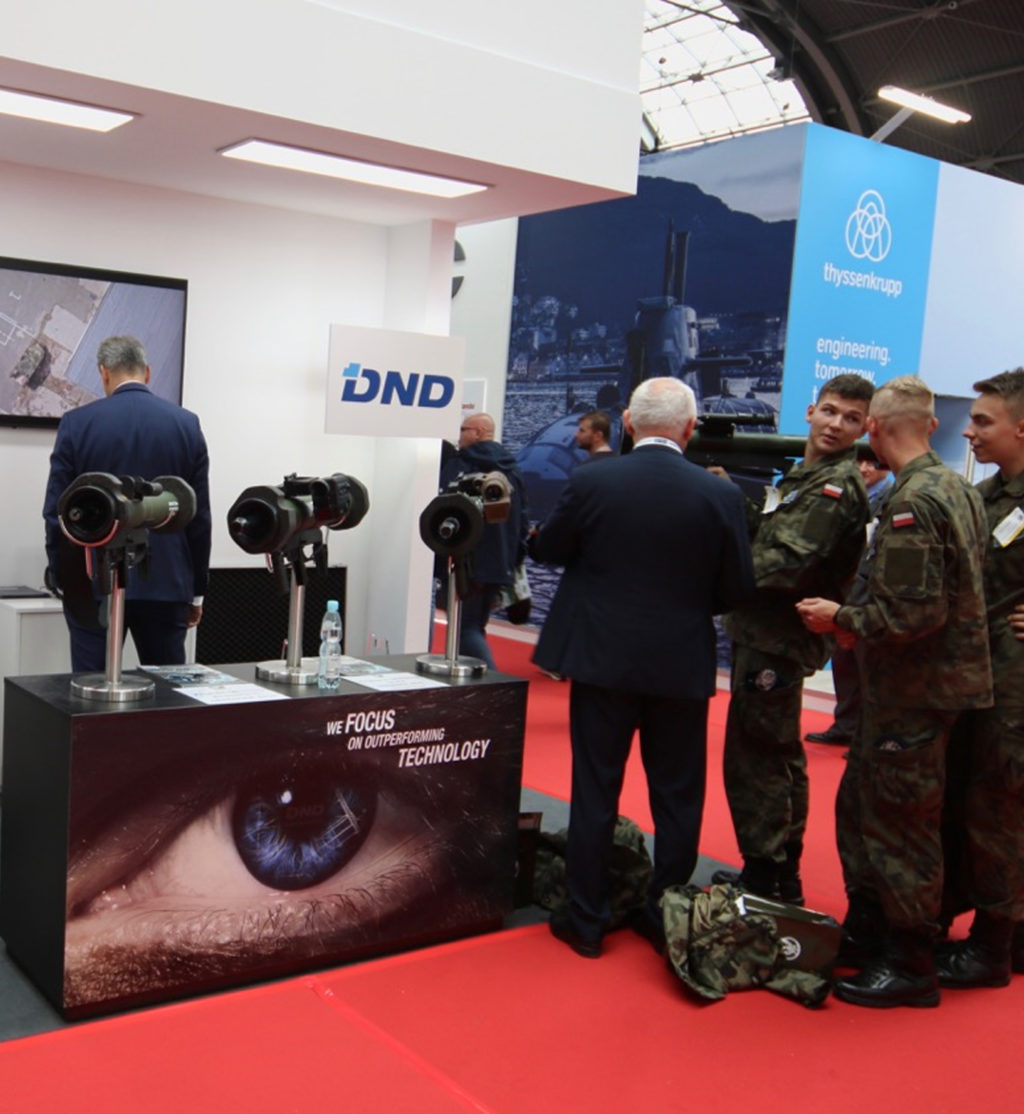 From September 3rd until September 6th, MSPO 2019 was held in Kielce, Poland, for the 27th time already. 610 companies from 31 countries exhibited on the floor which was well attended by more than 30.000 guests from all over the world. Over the last years, MSPO has become an inherent part of the exhibition calendar of Dynamit Nobel Defence. At MSPO 2019,  Dynamit Nobel Defence showcased the whole spectrum of the RGW family – RGW60, RGW90 LRMP, RGW90 HH-T and the RGW110 together with different sight options, like FCS Dynahawk, FCS 4×30, Standard Sight with 1.5 magnification and the TherCam25. Besides the demonstration of the different weapon systems, Dynamit Nobel Defence also offered to use the mobile training simulator Dynasim. Attendance at our booth and interest in our portfolio of shoulder-fired weapons was impressive.